The Ho’olei community is located directly across the street from the Grand Wailea Resort and Spa. Relax with the comfort and ability to “lock and go” while at the same time enjoy the comforts of a condominium designed to feel like a stand alone residence.

LINK TO ALL ACTIVE HOOLEI LISTINGS
Prices currently range from $1,990,000-$3,195,000
There is no other product like Ho’olei on the market! Contact Meghan for an update on recent sales and the Best Deals at Ho’olei! 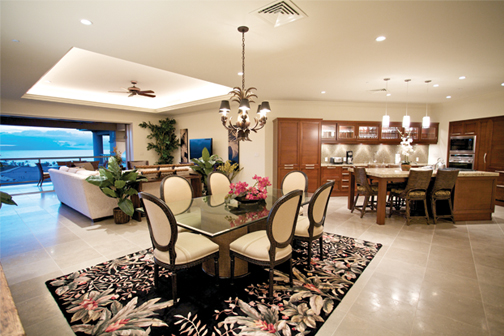 On the ocean view lanai the Viking Gas BBQ & sub-zero fridge support that seamless Hawaii indoor / outdoor lifestyle that Maui is famous for. 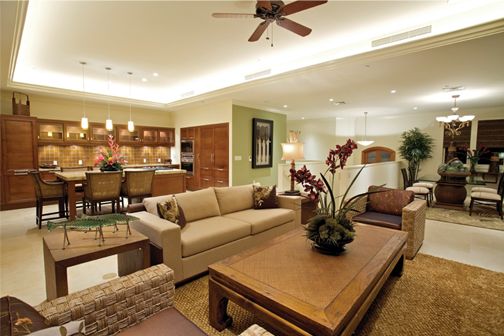 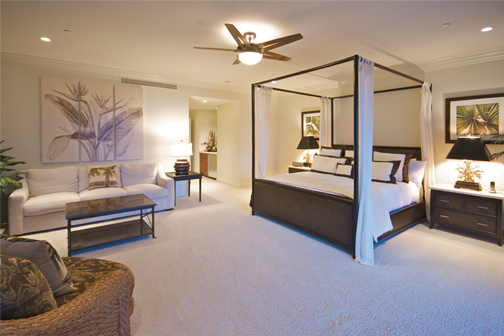 All furniture, electronics, and house ware items are included. 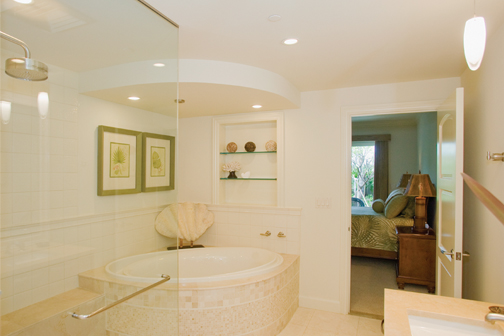 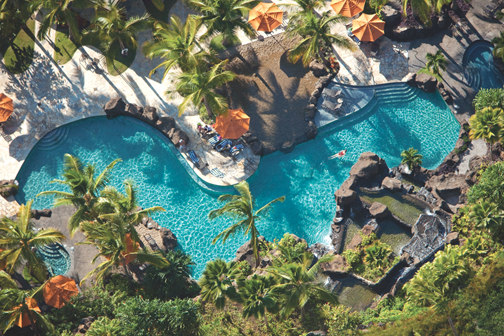 EcoBroker, Realtor(S) Meghan Clair can represent you as a Buyer’s Agent on these unique home.

Photos and excerpts from for this blog post are from the Maui MLS,www.hoolei.com

Construction has Begun on the New Andaz Hotel Wailea! Here is some insight into this unique chain of Luxury Resort Hotels soon to welcome visitors in beautiful and exclusive Wailea, Maui Hawaii!

It’s official! The cob-webbed Wailea Renaissance hotel on Maui is now slated to be a Hyatt-branded Andaz hotel after $90 million in renovations and two years. The property, which is currently owned by Starwood Capital, was previously scheduled to be a Baccarat Resort, before the downturn in economy forced a pull-out.

ANDAZ WAILEA, MAUI
The Andaz Wailea Resort and Residences will feature 255 rooms, 35 suites and six four-bedroom villas. Andaz Wailea will include an assortment of world-class amenities including:

Andaz Wailea Resort and Residences will be located along 600 feet of Mokapu Beach in one of the most sought after leisure and resort destinations in North America. The Wailea master plan includes a 1.2 mile-long oceanfront beach path connecting all of its world class beaches, a premier shopping center, distinguished restaurants and a 54-hole golf club and a tennis club.

“The opportunity to develop a world-class resort along one of Hawaii’s most desirable beaches is unique, and we are delighted to partner with Starwood Capital, a company with a long history of designing and building world-class hotel and resort properties,” said Hyatt Hotels Corporation President and Chief Executive Officer Mark S. Hoplamazian. “Andaz Wailea will be a great addition to Hyatt’s resort portfolio and an important new market for Andaz.”

MORE THAN A HOTEL
At Andaz, we’ve set the stage to indulge your creativity with a local venue illuminated by a kaleidoscope of culture embedded in our walls.

Each hotel features the most adventurous, globally influenced design, yet also inhabits the sights, sounds and tastes of its surrounding neighborhood. There’s a creative vibe of a city hot spot infused with a worldly sense of something bigger. And a pulse centered around what’s going on inside and outside its doors. With it comes the authentic, intimate feeling that you’re in a place quite unlike anywhere else in the world. Come share your passions with like-minded individuals. And experience a truly local point of view.

Blessing of ANDAZ, Wailea
PERSONALIZED SERVICES AT ANDAZ
DINNING AND ENTERTAINMENT AT ANDAZ
MEETINGS AND EVENTS AT ANDAZ
EMBRACING LOCAL CULTURE AT ANDAZ

From expansive oceanfront luxury estates to more affordable vacation rental condos, it’s no secret that Maui offers some of The Best Ocean Front Property ownership opportunities in the entire world!

Here are links to everything currently on the market!

The Renaissance Wailea Beach Resort has sat empty for more than four years, but workers are on-site now preparing for a partial demolition and reconstruction as the Andaz Wailea Hotel.

There are five Andaz hotels in existence and six more in planning, each unique. Some are reconstructions of old buildings, others new from the ground up. A corporate statement says Andaz aims to deliver a “a kaleidoscope of style and culture from the area that surrounds it” but as an “un-hotel.”

Guests are invited to be “refined but casual,” and the target market includes the “creative class” including successful entrepreneurs, and “professional bohemians.”

Ever since the once highly regarded Stouffer Wailea Beach Resort, at one time a AAA Five-Diamond property, fell on hard times during the sluggish ’90s (by then as a Renaissance brand), the owners of the prime 15.5-acre beachfront lot have been jockeying to reposition their spot as a high-concept luxury resort.

Since plans were made to replace the aging Renaissance in 2005, the lot was proposed as the launch property for not just one but two superpremium nameplates, first St. Regis, then Baccarat.

current view of the Renaissance hotel

Initially, the idea was to raze the buildings and replace them with 150 large condominiums. Innovative ideas, like putting most of the back-of-the-house facilities and much of the parking underground, and discouraging autos by using a fleet of “golf cart butlers” were floated to distinguish the new property from other Hawaii resorts.

In a reversal of frequent experience (such as at Turtle Bay on Oahu), the project was able to get government approvals but not financing.

At that time, Hawaii hotels were enjoying record revenue of $3 billion, and other, even more expensive rebuildings of early Maui hotels were in the works, especially the Residences at Kapalua that replaced the Kapalua Bay Hotel.

The new Wailea resort was to have opened in 2008, ahead of the collapse on Wall Street, but already by then the ground had shifted under the owners’ feet, and it was back to the drawing board.

The original hotel, with 349 rooms and about the same number of employees, had opened in 1978, when Wailea was remote and empty except for what is now the Wailea Beach Marriott and the tiny Wailea Shopping Village (since replaced by the Shops at Wailea).

The St. Regis, later expanded to 193 condominium-hotel units from 150, was tagged as a $250 million project. The condos were to have been priced at $1.5 million and up.

Starwood Capital Group was behind the St. Regis idea, under the leadership of Barry Sternlicht. Sternlicht is a former chief executive of Starwood Hotels & Resorts, but although the companies have similar names, they are independent.

For reasons never publicly explained, the St. Regis proposal was dropped, but a nearly identical project under the Baccarat name was proposed in mid-2007.

The hotel was closed that September. The Baccarat was to have opened by late 2008. The demolition never happened, but a financial crash did.

Not until October 2010 did Hyatt and Starwood Capital Group announce a joint venture to develop the lot as an Andaz.

That announcement was for an Andaz hotel “and residences.” Although some Andaz hotels, such as the one on Wall Street in Manhattan, are described as hotel-residences, the Wailea development appears to have de-emphasized the residential aspect, which was key to the St. Regis/Baccarat plans.

The current fact sheet mentions only 255 rooms, with a restaurant, pools, spa, bar and grill, gym and meeting space.

That would make it a midsize Andaz hotel, which range from about 175 to 325 rooms.

The current price tag has not been announced, but earlier estimates were around $90 million.

Cole said more details would be revealed as the time for new construction approached.

Here are some quick links to ALL the Oceanfront Homes on the Island of Maui!

ALL WEST SIDE OCEANFRONT HOMES

CONTACT MAUI’S ECOBROKER MEGHAN CLAIR FOR MORE INFO ON LUXURY AND OCEANFRONT HOMES ON THE ISLAND OF MAUI!

Have you always wondered what it would be like to own a private get away on the beach in Hawaii?

Do you come to Maui year after year, and each time say you are waiting for just the right time to buy in the Luxury Market?

Honestly if you wait any longer, you are going to miss the best deals…
The time is now!

Please call or email me to learn more about the Hokulani Golf Villas! I am happy to represent you in your Home Sale or Maui Property Search!